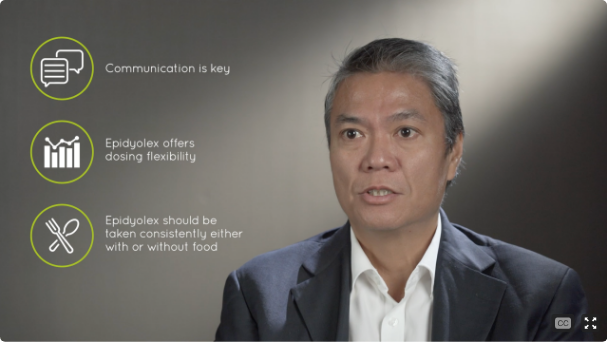 Join Professor Richard Chin as he discusses clinical experience with Epidyolex. In this short video he describes the typical Epidyolex patient types, explains that Epidyolex has a novel mechanism of action and what this means for patients.

Professor Chin goes on to give his advice for starting patients on Epidyolex, emphasising the importance of communication when using a new drug. He explains that Epidyolex offers dosing ﬂexibility to ensure that optimal efficacy can be balanced with possible side effects, ultimately leading to a better patient experience.

You are about to leave our site.