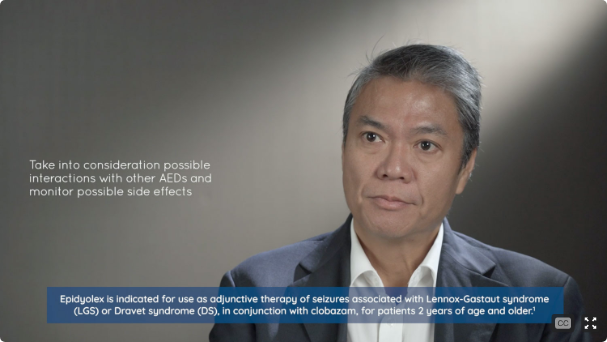 In this short video he discusses his advice for first time prescription of Epidyolex, about setting expectations and managing interactions to ensure Epidyolex can be used successfully in combination with other anti-epileptic drugs.

You are about to leave our site.